Dan Shipper: I think especially when you're starting out, the thing to do is just make good stuff, especially in media, because that's, the idea is if you write something really good, it's going to spread. So another thing that we've done.
[00:00:09] Over time is the model that I started with super organizers, which is interviewing people. So when you do an interview with someone and you write it up and you do a good job and they like it, they share it with their audience. So if you can write really good interviews and get people who have successfully more and more followers, every time you publish.
[00:00:25] You, you get exposed to their audience and you can recruit their audience to be your audience. And then that means you can get someone even more famous next time. It doesn't fully work exactly like that all the time. Like sometimes the fans, people don't share it. Honestly, you have to mix in people who are not famous.

[00:00:38] Cause sometimes famous people are just, aren't very good interviews. Have these bits that they just give you, but they given it to a hundred people before. So it's feels like raw other things that we've done right now. Something that we're experimenting with is just like during cross-promote with other newsletters, we have someone who's doing growth with us and he's just setting up different cost promos with newsletters that, that we're a fan of.

[00:00:59]And that has been actually fairly successful so far. But yeah, I think we're just at the very earliest stages of figuring out like how to grow beyond. Yeah. Just writing stuff that, that people really like.
[00:01:10] Nathan Baschez: Yeah. And I think all the other stuff depends on that first core layer of just the writing being really good.
[00:01:17] So it's like we focus way more time on editing pieces and like figuring out what makes a good piece on that kind of stuff. Then we do. Doing cross promo or whatever else, we're just now starting to do some cross promo, but it's like the cross promo wouldn't work. If the pieces weren't that good.
[00:01:30] And if the pieces are good, you don't need cross promo that bad. Cause people just share it on Twitter. So it's like really the higher order bit is just editorial focus, basically.
[00:01:39] Courtland Allen: Yeah. There's nothing more shareable than basically articles online. We've got a URL. Every single social network is formatted to allow you to share links and blow it up into the cool little expanded version with a picture and stuff.
[00:01:48]If you write good content, people will share it. What have you learned?
[00:01:52] Nathan Baschez: Writing good content. We're developing some like frameworks around this one is engine drag and lift. So three interesting things. Lift is a new one that Rachel Jepson, our executive editor came up with that. I love, but so the engine of the piece is like the core idea of like, why am I here in the first place?
[00:02:08]It's just oh you're going to if you're here, it's oh, you're going to learn how to start a new media company. Or at least how these people did it. And. Whatever, like you're going to learn a bunch of like random other bits about this kind of world along the way. Like maybe co-founder relationships, whatever.
[00:02:20] That's like the engine of this podcast interview that we're doing drag is like, Okay. Maybe you have a really strong engine, but just the way you wrote it, like the sentences don't make sense. They're not they don't logically flow from each other. You start to feel lost, and so I think about it like a car.
[00:02:35] This is funny. This is before I got into formula, now that I'm into formula one, I'm like way into this analogy. But it's if you have a car that has really terrible aerodynamics, no matter how strong the engine is, people are going to fall off, but. It's really hard as an editor to fix an engine.

[00:02:48] That's just not there. Like sometimes the engine is just weak or oh, it only appeals to a really tiny subset of people. And it's this is very specific. Like maybe you might want to make it a little bit more broad or something like that, but you know, the engine is like the core reason why you're there.
[00:03:01] The drag is like anything in the way that it's written, that gets in the way of accessing the power of that engine. And then Lyft is just funny little things like. Or jokes or tone that kind of keep you sticking around. It's like when someone makes you chuckle in the middle of writing or someone just points out something that's really insightful.
[00:03:17] Even if it's besides the point of the engine, you're just re-upped for another, like two minutes, at least of reading, cause like something good may be around the corner. And so that little lift, those little nice those kinds of help too. But yeah, I don't know that's like our overall framework.
[00:03:30]Dan. You've got a lot of other stuff on this too though. Yeah. I mean, I
[00:03:33] Dan Shipper: think that there's a lot of things within that. What makes a good engine and also like, how do you get the best out of writers? So like one, one lesson that we keep learning over and over again is like writers.

[00:03:42] The best pieces are written by writers who care about those pieces and wanna write. Yeah. And trying to make a writer do something that they don't want to do is like not going to really work. So it's like a lot of the best pieces come from writers digging into their own with soul on what they're interested in.
[00:03:56] If they're interested in it, then it would probably do well for people who are like them. And so, or interested in the same things as they are. And so that's reflected in our model like Nathan and I don't go to writers and be like, Hey, you should write about this week. Like we're like each publication inside of.
[00:04:13] Yeah. Each newsletter is its own publication with its own writer who has the voice and vision of the newsletter. And is the one who has the finger on the pulse of the audience and gets to say this is what I'm into. And this is where I want to lead the audience, within certain bounds obviously.

[00:04:26] And our job is to help them do that better, to bring that out and bring more of them out into their pieces rather than being the ones who like assign stories and say here's what you got to cover. And that's one of the reasons why we think this can be bigger than just like productivity strategy.
[00:04:39] Tech focused articles is like the vision for each publication that lives in the writer. And so it's a little bit more decentralized than like a typical media company. So that's one thing. And it's really hard to remember that because I think we typically like, are like, you should do.
[00:04:54] Get excited about it. And it's just almost,
[00:04:56] Nathan Baschez: yeah, it feels oh we have a media company, we should be able to be excited about ideas and get people to do our ideas, but it's not if we want it done. Well, it's just our idea, the visions in our head. Yeah. So I've got some stuff that I write.
[00:05:08] Dan has some stuff that he writes. We have things that we're excited about, but help it's like the purpose of the company ultimately is to be like a jet pack for writers to get what they want faster and in a parachute.
[00:05:20] Dan Shipper: Yeah. It's yeah, that fallacy is like the media equivalent of I just need a technical co-founder to make this idea where I just need to hire
[00:05:26] Courtland Allen: Slater to build this app.
[00:05:27] And then I'll
[00:05:29] Dan Shipper: all get rich. Yeah. It's actually, no, you got, they have to want it too, and so yeah, for me, it's oh, I have this idea. You should write it. It's actually, no, I should just write it because you don't have that idea or whatever, so that's one big thing that we've learned.
[00:05:39] I think like in terms of different engines, like pieces that put their finger on things that people have been thinking a lot, but haven't, don't have the words for usually do really well pieces that hit on timely topics, but have something to say that is like new and interesting do really well.
[00:05:55] And that's hard actually. It's really hard to chase that. W we just recorded a podcast yesterday. Where we were talking about this feeling that you almost need to have your finger on the pulse of what people are publishing so that you can do it too. And it's actually, but once you start doing that, once you start like looking at what everyone else is doing, like you, you lose whatever that is that can get people interested in what you're doing, because you're no longer original.

[00:06:17] And you're just like recycling. Ideas. So I think both of us probably read few newsletters. Honestly, we probably just read a lot of books and do a lot of thinking and talking to people that we think are smart and that's a really good way to generate some of these ideas.

[00:06:43] Cause all their friends are reading about it and talking about it, but it is true. Follow what everybody else is doing, what everybody else is doing too closely that you do lose what makes you unique and what makes you special? And so I like your strategy of reading books and reading things that other people aren't necessarily reading, because then you can react to that.

[00:06:57]You'll come with fresh ideas that people haven't heard before, and you can, if you want to apply it to topics that people are excited to share and talk. 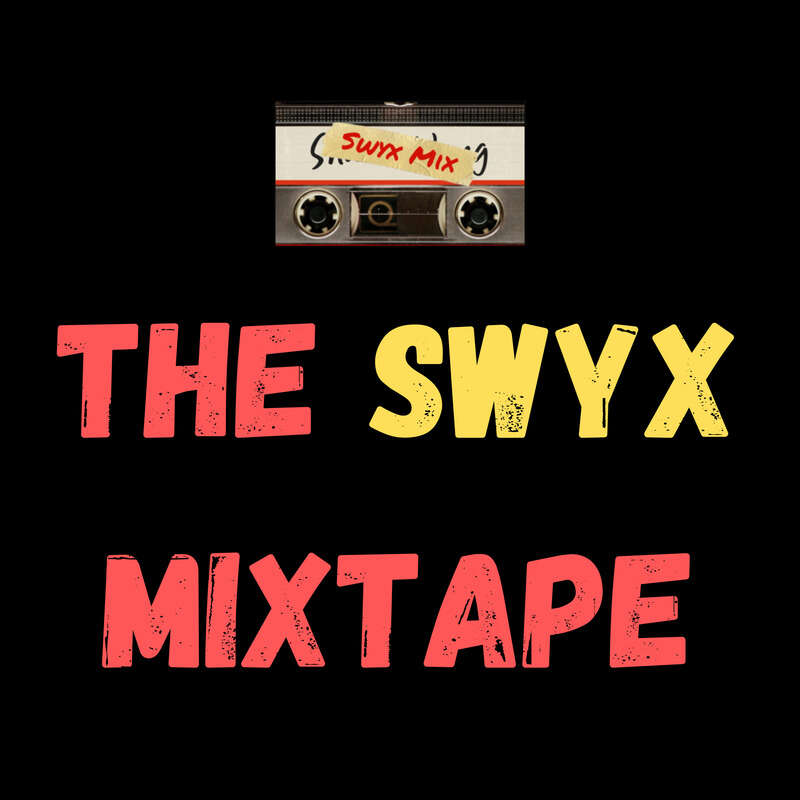