How does Steph Smith's ratchet pricing strategy use Cialdini's principles?
Listen to the Pyschology Podcast: https://scottbarrykaufman.com/podcast/robert-cialdini-the-new-psychology-of-persuasion/

The next principle is what we call social proof. The idea that one way we decide what we should do in a situation is not proof that comes from some empirical or logic. Uh, information that we've received, it comes from social information. What are the people around us like us doing in this situation that allows me to reduce my uncertainty about what I should.

In this situation. Uh, so, uh, for example, uh, a study done in Beijing shows you the cross-cultural reach of this, uh, restaurant managers at one string of restaurants, uh, in, in, in China, put a little asterisk next to certain items on their menu. Uh, and each one immediately became, um, 13 to 20%, depending on the idea.

More likely to be purchased. So what did the asterick stand for it? Wasn't what we normally see, which is, this is a specialty of the house, or this is the chef's selection for this evening. It was, this is one of our most popular items and each became 13 to 20% more popular for its popularity. And so. One way as a communicator of genuine information that we can give to other people is to say, we have a lot of popularity for what we are doing and give them examples of that or percentages or market share or this sort of thing.

And that always is, uh, an easy way for people. To take the shortcut to yes. Oh, okay. Then I don't have to continue to calibrate it. Yeah. And, and, and, and, uh, thinking about the pros and cons of this, the majority of people like me like it. So that's a shortcut. Yes.

But there's some new research. Now, my team is responsible for some of it that takes the principle of social proof to a nother level. And. It is that suppose you have a startup or you have a new product or service or an idea, a new initiative, you would like people to, to join you in. But because it's new, you can't point to social proof. The social proof is minimal. I mean, it's actually negative that a lot of people are doing it.

Is there anything you can do under those circumstances? It turns out it is. Even if you don't have, even if you only have a minority or a small minority of people who have adopted it, because it's a good idea, you have to have a good idea. But if it's a good idea, you get the show, a trim who that minority position, if it's only 20% of the market, that's interested in the, if you just say 20%, that's a statistic. If six months ago, it was 10%. That's a difference and that's much better.

And people project the function of a trend into the future. So that for the first time you have the leverage of something, we didn't know the label of before future social proof in the research that we did that showed that if you give people a trend to 20%,

They are more likely to say yes to it, right?

Because they expect in the future, it will be more than 20%.

If you've got a good idea with that kind of ability to move people upward in a trend, you'd be a fool of the influence process. Not the honestly, give them three. Data points. One data point is a statistic, two data points, a difference, three data points, a trend.

People want more of those things they can have less of. And, uh, w one reason that is the case, I think applies to, uh, what Daniel condoms. It has won the Nobel prize for demonstrating. And that is the power of loss aversion, uh, as opposed to, so that we are more in his prospect theory, says the prospects of losing something are more motivating to us than the prospects of gaining that same thing under conditions of risk and uncertainty.

Yeah. You know, I was on a, uh, at a conference where, um, I was in a program to be interviewed, uh, with, uh, Richard Thaler and Daniel Kahneman. And me. Right. And I said to the interviewer, you know, I feel like I'm in a Nobel Laureate sandwich.

I'm the lettuce. That's hilarious. I mean, those are big hitters. Those are, those are big hitters. Uh, anyway. Yeah. Yeah, so, Hey, thank you. But, uh, what Kahneman says is this loss aversion, well, that's what scarcity, the basis of scarcity is your F if something is scarce or rare or dwindling and available availability, you're afraid that it will be lost to you.

And so, yeah. That's the reason people want those things, uh, that have those characteristics. And, uh, there was a study done of, um, 6,700 E commerce websites. And they looked at AB tests within them to see, which were the factors that if they included it or withdrew, it had the made the biggest difference.

In, uh, conversion from, uh, prospect to customer, it was scarcity. Here's the thing. If you could honestly say that the, we have a limited number of these at this price or with these features or with this payment plan or whatever it was, um, you got significantly more, um, uh, Conversions than any other feature they looked at at 29 of them, by the way, the next five where the other principles of influence nice that scarcity was at the top of those principles provided that it was scarcity of number, not scarcity of not limited time. So it was a limited number of items.

Rather than, oh, you can only get this for a one week. If you can get it for one week, that means you can decide to get it any time in that week. If it's a limited number and there's competition for it, therefore you better move now. And that's the reason limited number is more successful in limited time off. 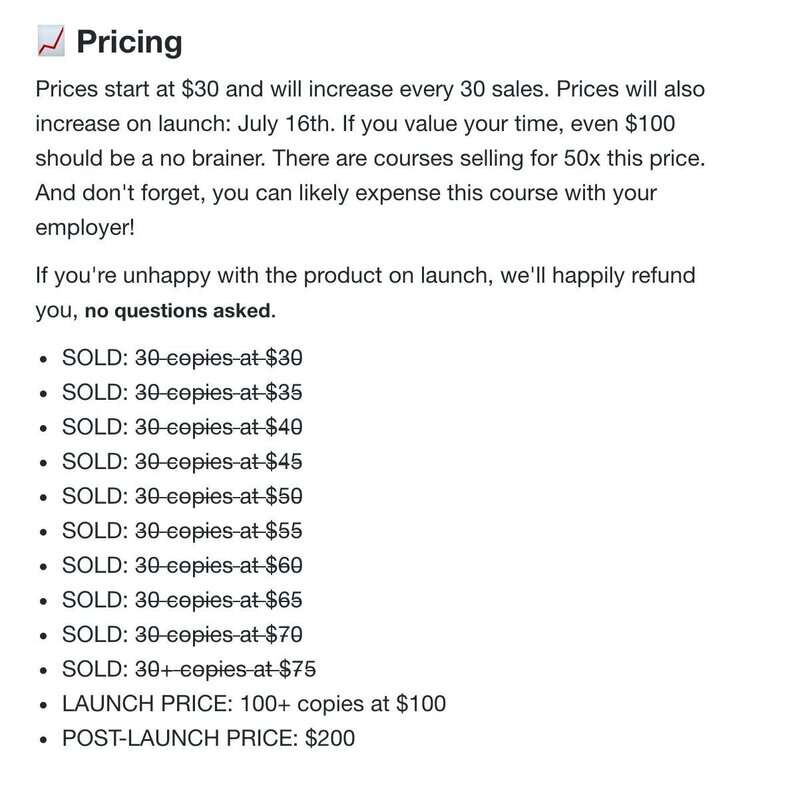